Here we are -- the end of another week and you know what that means: Reviews.

We have some really fun titles for you this week. Check them out below!

Joy At Work by Marie Kondo and Scott Sonenshein

If you’ve already tidied up your house using the KonMari Method, which Marie Kondo explains in her debut book, The Life Changing Magic of Tidying Up, you may want to get started on your office. In Joy At Work, Marie and co-author Scott Sonenshein will show you how to organize not just the physical clutter in your professional life, but also how to take control of your digital content, your time, your meetings, and your calendar. Useful topics include how to determine if a meeting is really necessary, how to say no to commitments that steal your time, and how to tame your email inbox. I was especially inspired by the advice offered regarding email management, and I have started to put it into practice. I recommend this book for anyone who wants a simpler and more streamlined work life.

The Red Lotus by Chris Bohjalian

Alexis and Austen have been dating for six months when they embark on a trip to Vietnam for a bicycling tour and to allow Austen to visit the area where his father and uncle served in the war. When Austen goes missing and then is found to have been killed in an apparent bike accident, Alexis suspects there may be more to it than meets the eye. As she begins investigating on her own, she realizes that Austen lied to her about the reason for the trip to Vietnam. In fact, he has been lying to her about many things since the night they met. The real story gradually unravels, as told through various viewpoints. Chris Bohjalian is one of my favorite authors, and I found this novel compelling, if a bit predictable at times. However, there are other Bohjalian titles I would recommend before this one, namely The Double Bind, Trans-Sister Radio, or The Sandcastle Girls.

This is one of my favorite middle school titles of all time. New kid in town, Doug Swietek has a lot stacked against him: an abusive father, a brother who has just returned from Vietnam and is suffering from PTSD, and of course, being the new kid in town. His budding friendship with Lil Spicer and his weekly art lessons with the local librarian, open up a whole new world for him. He comes to realize that so much of what he’s been searching for can be found in his new hometown. A totally engaging read from start to finish. So good, it’s worth rereading.

Available in print, Audiobook, and e-book (RGDigital and Overdrive)

This is the first book in Jason Reynolds brilliant Track Series. Castle “Ghost” Crenshaw never thought of running as a sport. In his experience, it was more of an avoidance tactic. He outran his father firing a loaded gun at his mother and him as they fled their apartment. He seems to be running from the class bully most days, unless he engages and winds up in the principal’s office. So when Ghost stumbles upon a local track team’s practice and impresses the coach with his speed, Coach offers him an intriguing option: Ghost will promise to stay out of trouble and Coach will let him join the team. Once Ghost finds himself falling into the rhythm of belonging and dedicated to succeeding, he slowly comes to understand the importance of commitment, perseverance, and the great reward of working together for a common cause. A great choice for your summer reading list. You’ll find it hard to put down.

Little Women, based on Louisa May Alcott's classic novel, follows the life of the March sisters: Jo March (Saoirse Ronan), Meg March (Emma Watson), Amy March (Florence Pugh), and Beth March (Eliza Scanlen). Jo is a writer who wants to be independent and fears a relationship would separate her from her family. Meg, Jo's older sister, is not independent and relies heavily on her husband. Amy, Jo's youngest sister, is an artist and matures over the years. Beth, Jo's younger sister, is a pianist and contracts scarlet fever.

Zak (Zack Gottsagen), a 22 year-old with Down Syndrome, lives in an assisted living facility in North Carolina. He dreams of being a professional wrestler. He watches tapes of his favorite wrestler (Thomas Haden), Salt Water Redneck, over and over. He hopes to attend Salt Water Redneck's wrestling school. Zak escapes from the assisted living facility with the help of his roommate. Zak spends the night in a fishing boat. Meanwhile, Tyler (Shia LaBouf), a fisherman, was caught selling stolen crabs without a license. After a confrontation with the crabbers, Tyler burns the crabber's equipment and is pursued by Duncan (John Hawkes) and Ratboy (Yelawolf). Tyler escapes and discovers Zak hiding in his fishing boat. Tyler tried to leave Zak behind when they were on land. But, when Tyler witnessed a 13 year-old boy bullying Zak to jump in the water, even though Zak cannot swim. Tyler intervenes and allows Zak to travel with him, and agrees to take Zak to the wrestling school. Eleanor (Dakota Johnson), Zak's caregiver, searches for Zak and cross paths with Tyler and Zak midway through their adventure.

Bombshell focuses on Fox News newscasters Megyn Kelly (Charlize Theron), Gretchen Carlson (Nicole Kidman), and a fictional character, Kayla Pospisil (Margot Robbie). The three women deal with being sexually harassed by the head of the network, Roger Ailes. After co- moderating the 2016 Republican debate, Megyn faces numerous insults from Donald Trump. He was upset with Megyn's question about his offensive comments toward women. Gretchen was removed from Fox and Friends and transferred to a less popular show because she complained about her co-workers' sexist comments. Kayla informed her co-worker about Ailes sexually harassing her and her co-worker refused to have any involvement.

This movie follows 24-year-old Scott Carlin (Pete Davidson) who lives at home with his mother, Margie (Marisa Tomei), and his younger sister, Claire (Maude Apatow). Scott's father, Stan, a firefighter, died while attempting to help someone when Scott was seven. Scott wants to be a tattoo artist and practices on his friends, Scott isn't a good tattooist. One day, Scott gives a Harold, a 10 year old, a tattoo. Harold's father, Ray (Bill Burr), goes to Scott's house to confront him, but Ray meets Margie. Ray, also a firefighter, feels remorse when he discovered Scott's father was Stan. Ray decides to help Scott get on his feet by having Scott babysit his children. Ray and Margie begin to date, but eventually break up when Margie finds Scott and Ray fighting. Scott is thrown out of the house and Ray reluctantly takes Scott under his wing at the firehouse.

Andrew Barber (Chris Evans) is an assistant district attorney seeking the truth and justice in Newton, Massachusetts. Laurie Barber (Michelle Dockery) is the face of the Children's Cottage, a school for traumatized and abused children in the greater Boston area. Their son, Jacob (Jaedon Martell), is quirky and socially awkward. When a corpse of a fourteen year old boy was discovered in the woods, forensic evidence reveals Jacob's finger print was on the deceased boy's clothing tag. The family works together to defend their son. 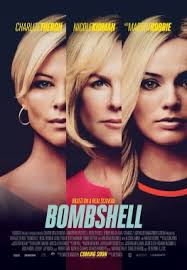 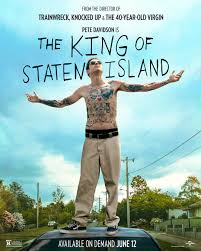 That's it for this week. Let us know which titles you liked. Just a reminder: we are currently open for curbside pick up. Check out our website for more information about this service. We look forward to having you back in the Library soon!

A New Set of Reviews For You

Need to Escape the Summer Heat?